When I was prepping my exhibition “Limping Forward, Looking Back” at the Stephen Bulger Gallery in Toronto three years ago, it didn’t cross my mind that in the not too distant future I would opt for the same title again. And yet it is what I’m presenting to you today. I’m turning seventy this May, therefore my 2021 Scotiabank Contact Photography Festival on-line display offers some glimpses of my motion picture related past as well as samples from my latest photography series “The Spirit of Manitoulin Island”.

Photography has always played an interesting role in my life. It was a beautiful distraction when I was supposed to concentrate on filmmaking but it also came as a calm rescue when I didn’t have any movies to make.

I never received any formal training in it but a good half of my friends and teachers were skilled photographers, so I learned it step-by-step on my own.

Capturing emotions through a single frame or telling a story in twenty-four frames per second through sequences, scenes and acts, was a great dilemma of my young years. In the end I flipped a coin and followed my family’s tradition of making movies.

Yet movies always led me back to photography. One of my first filmmaking gigs was a newsreel segment depicting Josef Sudek’s last exhibit at Prague’s Museum of Decorative Arts. It was the only time when I was able to meet this legendary photographer in person. Sadly, my shoot was also the last time Josef Sudek was captured on motion picture film.

Shortly afterward, I started developing my first art documentary project “Generation ‘70”. The idea behind it was to showcase the work of upcoming Czech and Slovak photographers who weren’t following the prescribed rules of the communist regime. I too chose a risky, non-narrative, almost surreal style, spiked with metaphors and between-the-lines messages. The movie was re-cut and trimmed several times by the censors, and eventually banned shortly before its release. I was subsequently blacklisted, followed and also interrogated by the secret police…

The Cold War was a strange, dark period in my life. But I also became a father, and soon started to worry about the fate of my young family. Not surprisingly, our escape was just a matter of time…

The drama of crossing the Iron Curtain was stressful, and after we safely landed in Toronto I spent months scouting the city looking for a job. Everything was new and different: the language, the customs, the aesthetics. Like all newcomers I knocked on many doors, volunteered long hours, but eventually made new friends and found talented film collaborators. Not surprisingly, my second project for CBC dealt with photography again. “Boris” was a portrait of the legendary Toronto Star photojournalist Boris Spremo.

In a perfect world, people would stop lying, embrace their differences and build a better future. Yet our world is far from perfect, and I soon realized that my own experience wasn’t the worst when compared to many tragic stories of other refugees. It is why I produced “So Far From Home”, a documentary about journalists (+ another photojournalist) from around the globe who were forced to leave their homelands because they were telling the uncompromised truth to their people. Like me, they too found a new home in Canada.

It didn’t take long before I started following one more photographer/ friend with my crew. Rafael Goldchain is another artist now living and working in Canada. “Beautifully Broken” documents the intimate connection between the tribulations in Rafael’s life and his body of work.

By now, like other folks, you know me as a documentary maker who fell in love with photography. It is because my own photography work has always played second fiddle. I have been published, had photo exhibits in several countries, even won some photography awards – but always had to think first about my family, my crew and my broadcasters’ deadlines. It only started changing when I begun withdrawing from the movie business. Finally I was able to switch priorities and focus on my photographic journey. This year’s Scotiabank Contact Photography Festival gave me the first opportunity to showcase the results of this new stage in my life. Is it too late? Perhaps… but late is better than never!

As I have already said, not all my early days in Canada were sunny. Luckily, I soon discovered a powerful remedy for such gloomy moments – walking along the endless shores of Canadian rivers and lakes. The empty piers, the misty air and the pristine sounds of water became powerful healers. It is only now I fully understand that these moments of comforting balance – coming from the enormous, beautiful bodies of water and delivered in subtle shades, reflections and shadows – helped to preserve my soul and made me the person I am today.

It is my longstanding habit to collect data about interesting shooting locations. Therefore, I have plenty of notes about my “healing spots”. Over the years Manitoulin Island has earned the most prominent position among all of them.

Manitoulin is Northern Ontario’s hidden gem. Peaceful and wild at the same time, clean and well preserved, rich in heritage yet still low-key in appearance, friendly, romantic, and most importantly very picturesque. Not surprisingly this place is also a home and spiritual center to many indigenous communities. The Spirit of Manitou is clearly present here in every moment and on every step. After many years and numerous stays, I keep returning here to always discover additional layers of this sacred place.

My Manitoulin-based photographs heal my soul. They reflect the need for inner peace that contrasts greatly with the dynamic approach I always took to my films. It is probably why you don’t find any people in my stills. When I walk with my camera in hand, I don’t wish to fight for peace and social justice, I want to be left alone to sniff out the colors, shapes, sounds and smells around me.

Some curators call my collections “dark peace stills”, and I don’t disagree with that label. And when they say that one needs to travel the world to discover the true gem in his/her backyard, they are right too…

THE SPIRIT OF MANITOULIN ISLAND 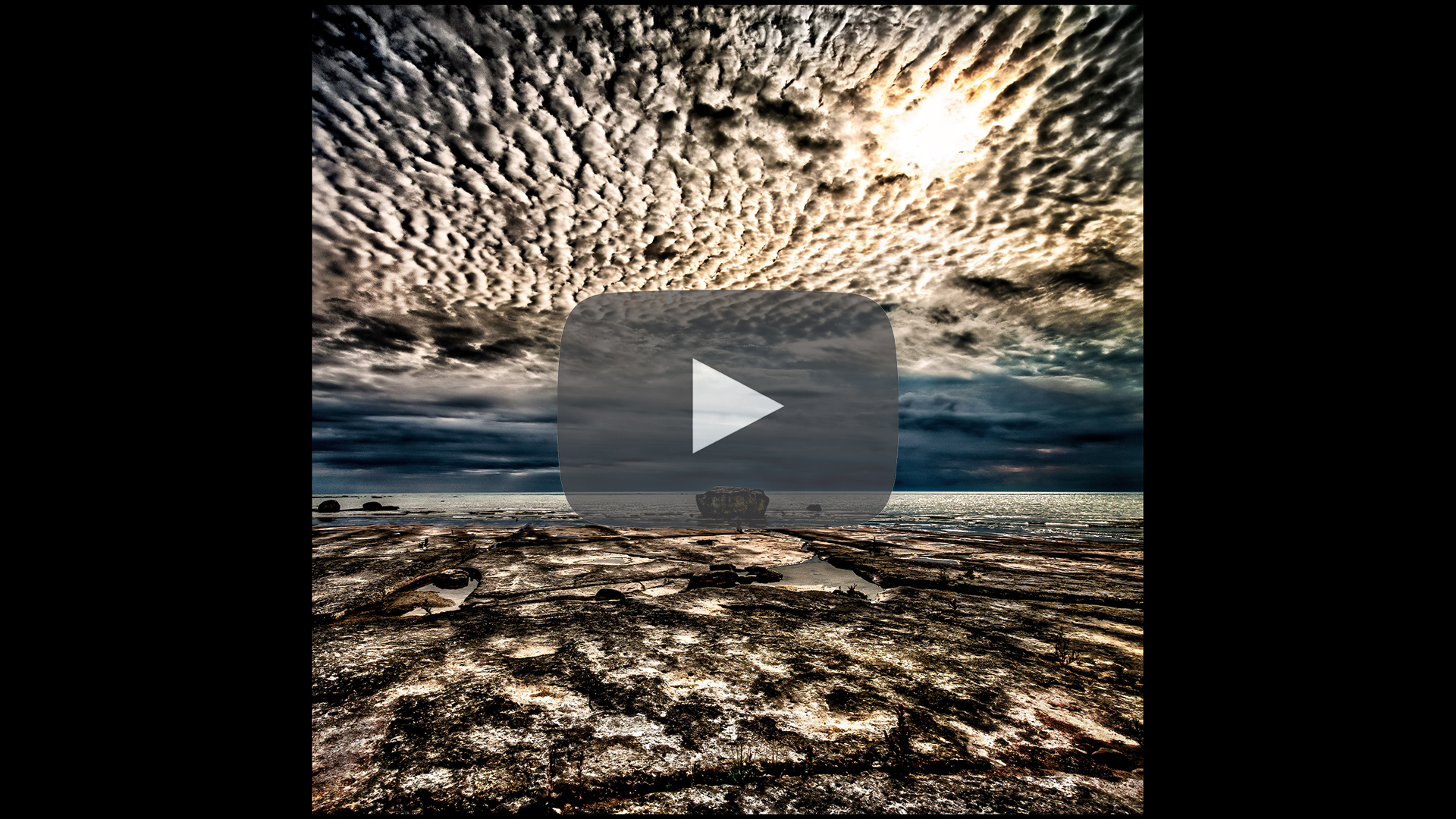 This exhibition wouldn’t be possible without tremendous support and help from my old friends Tom Dinadis and Prionnsias Murphy whose technical skills are much greater than mine.